Skip to content
View cart “Elvio Cogno Cascina Nuova Barolo” has been added to your cart.

Ravines Dry Riesling is an elegant, dry style with complex aromatics, distinctive minerality, and vibrant acidity. It offers much in the way of juicy, succulent limes with a fresh, zipped-up palate. Neat, dry style here.

Ravines Wine Cellars is a boutique winery in an emerging world-class wine region, the Finger Lakes of upstate New York. It is the dream and passion of Morten & Lisa Hallgren, a European Winemaker/Oenologist and his Chef/Foodie wife. Together they have created a small, distinctive winery crafting elegant and food friendly wines using Old World winemaking traditions with New World innovation.Domaine de Castel Roubine Morten was raised in the Provence region of the South of France, a region world famous for its religion of food and wine. The Hallgren family owned and operated Domaine de Castel Roubine, a 270 acre estate with 170 acres of vineyards. While archaeological findings on the estate date back to the Roman era, the first documentation of grapegrowing on the estate dates back to 1307 and the Temple Order. Prior to the French revolution, the estate belonged to various great French families including the De Villeneuve, while the estate covered some 60,000 acres. Castel Roubine was a culinary paradise, surrounded by vineyards and fruit trees: fig, apricot, cherry, pear, apple, all types of berry bushes and wild herbs like rosemary, thyme, laurier and fennel. The family built a new, state-of-the-art winery and expanded the distribution of its wines to most of Western Europe and North America. Morten spent years in the vineyards honing his viticultural skills along side his future brother-in-law Jean Michel, and in the cellar, learning the traditional methods of fine European winemaking.Cos d’Estournel He received an advanced degree in both Enology and Viticulture at the Ecole Nationale Superieure d’Agronomie in Montpellier, one of the world’s top winemaking schools, and spent his first harvest in Bordeaux, at Chateau Cos d’Estournel, a world renown winery in the Medoc region owned by the legendary Bruno Pratts. After working for a French negociant on a project in West Texas, he moved on to the Biltmore Estate in Asheville, North Carolina, the most visited winery in America. He was recruited by Willy Frank who offered him a job as chief winemaker for Dr. Konstantin Frank’s Vinifera Wine Cellars on Keuka Lake, the most scenic of the five Finger Lakes of Upstate New York, where he continued working for six years. In 2000 the Hallgrens purchased a 17 acre parcel of land on a glacier-carved hillside on the Eastern slopes of Keuka lake. Biltmore EstateThis land is located at the widest part of the lake which allows grapevines to receive maximum benefit from its temperature-moderating effects, it has a good slope which keeps the mineral rich soils well-drained, and is situated between two deep ravines, which drain cold air from the land during the winter. These ravines are the namesake of the winery. The charming tasting room with scenic views of the lake, opened in spring 2003 and is decorated in a Provencal style, including a sculpted head of Bacchus, the Roman god of Wine, from the Castel Roubine tasting room. Two months after opening, Ravines won Best Dry Riesling in the 2003 World Riesling Cup at the Eastern International Wine Competition for the 2002 Dry Riesling. Ravines has won recognition as a quality-driven winery dedicated to producing crafted and elegant food-friendly wines, has won numerous medals in international wine competitions, received great reviews in major wine publications and can be found in many wine shops and fine restaurants throughout New York state. Lisa has created a seasonal schedule of food & wine pairing events for customers to enjoy during visits to the tasting room.

Ravines Dry Riesling is an elegant, dry style with complex aromatics, distinctive minerality, and vibrant acidity. It offers much in the way of juicy, succulent limes with a fresh, zipped-up palate. Neat, dry style here. 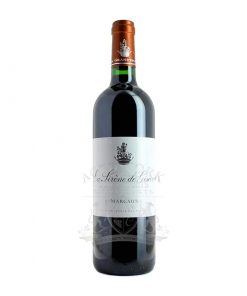