Blackcurrants and leaves, as well as violets. The palate has silky yet dense and smooth tannins wrapped in dark-plum flavors. Drink or hold. 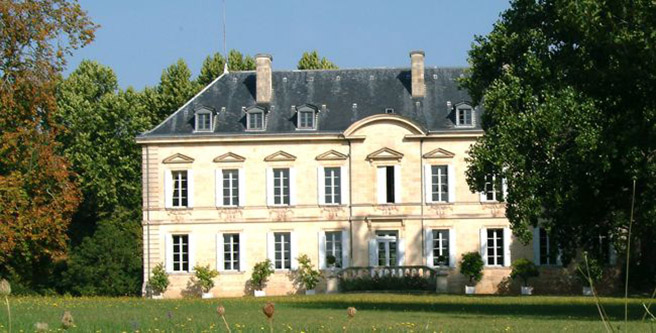 The vineyards of Siaurac and Le Prieuré were founded in the 18th century by a Sir of Ciorac. Since 1832, the vineyards have been tended to by the same family, giving the wine a special significance and continuity. In 1832, Pierre Brisson bought the Siaurac property. He built an XVIIIéme style chateau, took out the vineyards in front and in their place put a romantic garden. He also bought the neighbouring plots, making Siaurac the biggest property in the region.

In 1892, Joseph Brisson, Pierre’s grandson, bought the domain Grands Champs in Pomerol and in 1897 in Saint-Emilion,, the first great growth Domaine des Cordeliers which he renamed Château Le Prieuré.

In the last twelve years, the family has extensively renovated : 50% of the vineyard has been replanted in accordance with geological surveys.

In 2014, Chateau Siaurac signed an agreement with Chateau Latour, whose group has taken a minority stake. With a long term vision in mind, we hope to bring out the best of our magnificent “terroirs” in the most natural and sustainable ways possible. Our motto is: “Croire à la terre, respecter son futur.” “Believe in the earth, respect its future.”

Chateau Siaurac Lalande de Pomerol 2015 is a second vintage with Penelope Godefroy, and at the start of the organic conversion. This is lovely, already accessible with its dark brambly fruits and soft tannins. The emphasis here is definitely on pleasure, and it’s extremely tasty as a result.